Note: (All the documents should be translated in Spanish Language)

Applicants have the option of submitting the visa application directly at the Embassy of Spain in Dhaka through appointment if they are applying for the long-term D Category. You will need to schedule the appointment through phone call (+88) 02 989 1284 between 2:00 pm to 3:30 pm and during Ramadan 9:00 am to 2:00 pm (Sunday to Thursday).

Officially the Kingdom of Spain, Spain is a country in southwest Europe with some land straddling the Gibraltar Strait and the Atlantic Ocean. The Iberian Peninsula is where it has its continental European territory. The Canary Islands, off the coast of North Africa, and the Balearic Islands, in the Mediterranean Sea, are part of its territory. Spain is the only European country with a physical border with an African country, thanks to Ceuta, Melilla, and Peón de Vélez de la Gomera (Morocco). Several tiny islands in the Alboran Sea also fall under Spanish jurisdiction. The Mediterranean Sea borders the nation to the south and east; France, Andorra, and the Bay of Biscay to the north and northeast; and Portugal and the Atlantic Ocean to the west and northwest. 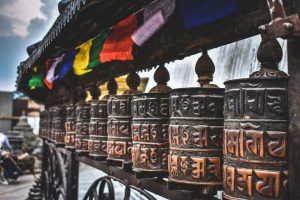